We must have heard stories of couple breaking up over an SMS. Apparently, Bollywood actress Katrina Kaif too broke up with Salman over an SMS. Katrina’s close friend gave all the details about the relationship as to what happened next.

“She was shooting in Ooty with Ranbir Kapoor when this happened,” Kat’s friend was quoted as saying.

Katrina got much closer to Ranbir while shooting for Ajab Prem Ki Gazab Kahaani. By the end of the shoot, Ranbir and Katrina were in a relationship. It was when she wanted to break up with Salman.

“She didn’t want to wait until she got back home. So, she texted him that it was over from her side, but they could still remain friends. Salman was furious and decided to land up on the film’s set,” the friend added.

“A scared Katrina was afraid to confront Salman in person. Fortunately for her, the star never showed up. His family and very close friends advised him against this.”

“There is no shock value to this breakup. It was destined to happen. Katrina was getting more and more frustrated with Salman. Katrina had been telling close friends how she can’t relate to Salman anymore. Not only is the age difference vast, but she’s also fed up with him.”

Today, Katrina Kaif is no longer in a relationship with Ranbir Kapoor but still she continued to be friends with Salman Khan as per various media outlets. 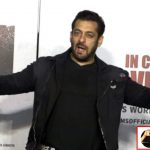 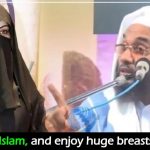