Salman Khan’s bodyguard and his net worth

Gurmeet Singh Jolly, popularly known as Shera, is an Indian celebrity bodyguard. He is no less than a celebrity himself. Shera won a Mr. Mumbai junior title for ‘bodybuilding competition’ in 1987 and finished second as Mr. Maharashtra junior in 1988. It is not that easy to become Salman Khan’s bodyguard. One should win several bodybuilding competitions and above all, he must impress Salman Khan.

Shera is now the personal bodyguard of Bollywood actor Salman Khan. Shera provided security to Justin Bieber at his India concert. He has earlier done the job for several other international celebrities like Michael Jackson, Will Smith, Paris Hilton and Jackie Chan when they visited the country.

Shera’s job was to monitor the security arrangement of international celebrities. Shera is now 51 years old and might be replaced by someone else in the future years. Salman Khan’s bodyguard’s salary details took the entire nation by surprise.

He has been with Salman Khan for over 2 decades now. As per the Business of Cinema, Shera’s monthly salary is a staggering Rs 15 lakh, which adds to Rs 2 crore annually. Salman Khan’s net worth is valued at $360 million in 2021.

Katrina Kaif is one of the most stunning, respectful, and wanted actresses in the Bollywood industry. She is one of Bollywood’s top ten highest-paid actresses, and she has worked extremely hard to achieve her status.

She has appeared in over 30 films, with around 17 of them becoming box office hits. Her movies like Tiger Zinda Hai, Dhoom 3, Jab Tak Hai Jaan, and others have been hits, and she is very dedicated to her career. 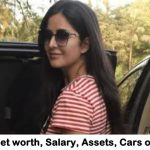 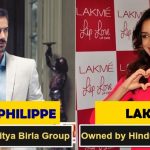