In yet another story of a dead man returning back to life, his family members at Aadikkolli in Wayanad were shell-shocked at the return of the 48-year-old Saji. However, this is a different story. Let’s find out how he returned. Saji, who was presumed dead and buried, returned home 15 days after his funeral ceremony, on Wednesday.

It has been learnt that Saji had left his home on September 3 and ever since he had not remained in touch with the family. His mother and younger brother accidently identified another partially decomposed body which was found at the forest fringe at Bairakkuppa in Karnataka. They believed that it was Saji’s body. So what happened next? Saji’s family members conducted the funeral at the Adikkolli St Sebastian Church on October 16 after postmortem and other cop formalities.

“My cousin brother Sunil. who is working as a KSRTC driver was startled when he met me at the Panamaram bus stand on my return from Kannur. I was also shocked to hear from him that the family had conducted my funeral as per religious rites.” Saji was quoted as saying by the TOI. Saji has been in connection with manual labour in Kannur.

Saji’s brother Jinesh said adding that when he went to Pulpally police station for registering a complaint regarding another case, he was informed that Beechanahalli police had found an identified body.

“The face was disfigured. It had a surgery mark and implant in the leg like Saji who had also undergone an operation in the leg after an accident. The footwear found near the body and the clothes were similar to the one used by him. Also, some people had told us that they had seen him in Bairakkuppa from where the body was found.” Jinesh added.

Jinesh said that Saji who is still single and lives alone used to stay away from home for long periods. The church authorities have now ordered to shift the buried body from the church burial ground as soon as possible.

“I have filed a petition with the Beechanahalli police in Karnataka stating that the body was misidentified. They have told us that they will come to Pulpally on Monday,” he added. 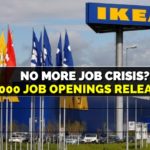