On the other side of the coin, a study says that the Indian Muslim population grew faster due to fertility differences. A report by US-based Pew Research Center that is tracking religious change in India since Partition highlighted that migration and conversion made less of a difference than fertility.

The report also states that every religious group in India “has seen its fertility fall, including the majority Hindu population and Muslim, Christian, Sikh, Buddhist and Jain minority groups”

The report added that there are usually 3 factors that cause religious groups to shrink or expand namely migration, religious conversion and fertility before explaining why fertility explain the trends witnessed in India.

The report cites census data from 1951 to 2011 which notes that there has been a “modest decline” in the percentage of Hindus as a share of the population, and a “modest rise” in the figure for Muslims.

Lead researcher Dr Stephanie Kramer also spoke more about the report, “As far as we know, this is the first time researchers have quantified fertility rates, migration and conversion to compare their potential impacts on demographic change in India side by side.”

“Every religious group in the country has seen its fertility fall, including the majority Hindu population and Muslim, Christian, Sikh, Buddhist and Jain minority groups,” the report said.

“What do these trends mean for India’s religious composition? India’s Muslim population has grown somewhat faster than other religious groups because of fertility differences. But due in part to declining and converging fertility patterns, there have been only modest changes in the overall religious makeup of the population since 1951, when India conducted its first census as an independent nation,” Pew said. 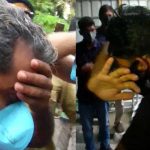 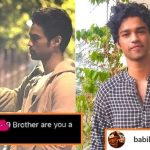