After consuming drugs and alcohol at a residence in Chevayoor in Kozhikode district, a 32-year-old lady from Kollam was raped by four men, including her internet pal Ajnaaz.

Two more suspects who were refusing to comply in the Kerala gang rape case were apprehended on Saturday (September 11). According to media sources, Atholi locals Nijaz and Suhaib fled when the event was exposed, but Fahad, Nijaz, and Suhaib, as well as the woman’s online acquaintance Ajnaaz, are currently in the hands of the cops.

Two of them, KM Ajnaaz, 26, and NP Fahad, 36, were detained by the police on Friday (September 10). Both were arrested and taken to jail after appearing in court. Fahad resides near Neduvilpoyil House in Atholi’s Idathilthazham region, whereas Ajnaaz lives near Mithal House in Atholi’s Koliyottuthazam Junction. Ajnaaz is said to have met the woman on the social networking site ‘TikTok’ two years ago. A woman from Kollam responded to his appeal and travelled to Kozhikode.

“Ajnaz and his companion Fahad brought her to a flat on the outskirts of town,” police added. Ajnaaz raped her in this room, following which she summoned the other suspects. They raped her after forcing her to drink alcohol and other intoxicants. This incident was even filmed on a cell phone.

Ajnaaz had escorted the woman to the flat two days prior, according to the police. By 11 p.m., three of her acquaintances had raped her in a separate room in the same apartment. By intoxicating the woman on the terrace, the four committed the crime of raping her.

The four had severely raped the victim, according to Sudarshan of ACP. They were terrified when the woman passed out and fled, leaving her in a private hospital. The lady told the hospital staff about the event after regaining consciousness, and they alerted the police. On Saturday, the woman was released from the hospital. 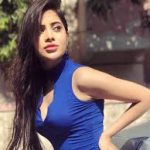 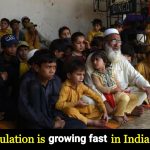