Formerly known as Dileep Kumar, A R Rahman has changed the face of the music industry through his composition skills and a magical voice. Music maestro became the first Indian to be nominated in 3 categories at the Academy Awards for his music score in British-Indian movie Slumdog Millionaire.

During the event, Salman jokingly called Rahman as an average composer. His remark didn’t go down well with AR Rahman fans and Salman Khan drew criticism at that time.

There is no hiding from the fact that the Bollywood industry has largely been influenced by people who haven’t heir link-ups in the film industry. The so-called star kids of already established ones are already in the headlines for all the reasons and are allowed to stay there despite their success or failure.

In this article, we will have a look at seven Bollywood celebrities who career got affected after messing up with Salman Khan.

Sona Mohapatra who is an Indian singer, music composer and lyricist has always been vocal about Salman Khan’s alleged bully nature. Even during the promotions of Sultan movie, when Khan made a strange r#ped woman remark, Sona Mohapatra was one of very the few celebrities who had criticised this and lashed it left, right and centre.

Salman Khan and Ranbir Kapoor were in disagreement or violent dispute with each other over Katrina Kaif. It has been learnt that the Barfi actor started dating Katrina Kaif during the filming of Ajab Prem Ki Ghazab Kahani which irritated Salman Khan.

Ever since then, Salman Khan and Ranbir Kapoor never became friends. Even during at Arpita Khan’s wedding, Salman took a jibe at Katrina on how she missed a chance to be a Khan and chose to be a Kapoor instead.

Zubair Khan is one of the celebrities whose career got affected after messing up with Dabangg Khan. The Bigg Boss 11 contestant had a quarrel with Salman Khan during the eleventh season of the controversial show.

The contestant had also threatened that he would file an FIR against Salman Khan after getting out of the show. Nonetheless, that didn’t happen.

When Salman Khan was free from a criminal charge by a verdict of not guilty for the Black Buck Poaching Case, Renuka Shahane launched a scathing attack on Bollywood celebrities for remaining silent over the incident. She wrote a detailed post criticising the judgement. This relationship between Renuka and Salman turned sour.

During an award function, when Arijit Singh’s name was highlighted for the Best Playback Singer Male, the singer was caught sleeping. It was Salman Khan who was presenting the award and the actor himself took a jibe at Arijit Singh over the incident.

The singer had later posted a two-page apology on the social media platform. It was also believed that Salman Khan took away several projects from Arijit Singh.

An independent thinker and filmmaker of Bollywood was also in a bad situation with Salman Khan. He was supposed to direct Tere Naam but did not want to cast Salman Khan as Radhey.

However, producers were firm and determined to cast Dabanng Khan. As per some reports, the producer threw a glass bottle at Anurag Kashyap for telling Salman Khan to grow some chest hair for the role.

Bollywood fans must have known about the alleged affair of Aishwarya Rai and Vivek Oberoi during the filming of Kyun.. Ho Gaya Na. Salman Khan, the former boyfriend of the Miss World, got irritated by this and allegedly started harassing Vivek Oberoi as a result.

Vivek Oberoi had even called a press meet to narrate his terrible experience to the media. Nonetheless, this didn’t revive his cinematic career but Salman Khan remained unperturbed.

A video has gone viral on social media like wildfire in which actor Salman Khan can be seen kicking Sushant Singh Rajput.

However, it is not clear yet whether Salman Khan deliberately hit him. There were reports according to which the Bollywood star was banned by some big production houses including producers such as Karan Johar, Aditya Chopra, Salman Khan, Sanjay Leela Bhansali, etc. 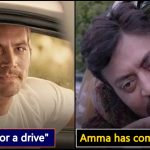 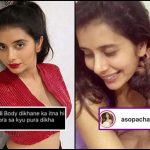