Indian state Maharashtra received incessant rainfall that led to disastrous floods due to which several people have lost their lives while many people are still missing. Many districts of Maharashtra have been badly affected by flash floods.

Though the situation has gone from bad to worse, Celebrities, common people are doing their maximum best to contribute something for the flood relief work. It is good to see people helping each other by donating money, distributing food, materials, restoring a great leap of faith in humanity.

Bollywood actor Salman Khan has once again won people’s hearts by doing his bit to the flood-striken families in Maharashtra. As per a report in some of the leading websites, Salman Khan has funded the construction of 70 homes that were massively destroyed due to flooding in Maharashtra’s Khidrapur Village.

Cabinet minister Rajendra Patil Yadravkar from Maharashtra’s government announced that work on 70 affected houses in Khidrapur Village has commenced and has been aided by the combined efforts of the government as well as actor Salman Khan.

This is yet another noteworthy charitable effort added to Salman Khan’s list. During the COVID-19 lockdown, from transferring money to daily wage workers in the Hindi film industry, feeding food to countless families as well as running Being Human trucks that were constantly providing meals to people, Salman Khan has contributed extensively in the hour of need.

Salman Khan moved to his farmhouse before the nationwide lockdown which was imposed in March due to the coronavirus epidemic. Salman Khan will soon be seen hosting the reality show Bigg Boss season 14. 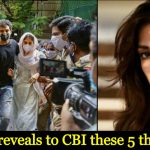 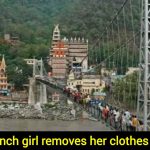