At that point of time, Salman Khan and Aishwarya Rai were the power couple. Their relationship was allegedly eclipsed by Salman’s violent behaviour and his actions towards Aishwarya under the influence of alcohol. The relationship came to a close when the actor stormed into the sets of Chalte Chalte and had accused Aishwarya Rai of having an affair with SRK, as he attempted to pull her out of the set. Aishwarya was then replaced by Rani Mukerji in the movie, and Salman was replaced by Vivek Oberoi in Aishwarya’s life as she found ease in her ‘Kyun…..Ho gaya na?” co-star.

Earlier, the actor Salman Khan was asked to play Aishwariya Rai’s brother role in Josh. A renowned filmmaker thought that the chemistry of Salman Khan and Aishwariya Rai can actually be exploited from a totally different angle altogether which would portray Salman Khan as Aishwariya’s brother and this plot was devised for Josh.

According to IBT time, Josh director, Mansoor Khan had offered the role of Aishwariya’s brother to Salman, leaving the latter in total disbelief. Salman was totally shocked at this strange idea of playing the brother and eventually, Shah Rukh Khan was called to do the role.

In an interview, Aishwariya stated, “I think the cast was meant to be Aamir Khan and Salman Khan at one point and eventually it became Shah Rukh and I think Aamir at some point was to play Chandrachur (Singh)’s role. So the cast kept changing at different points in time. So I had said yes to Mansoor.” 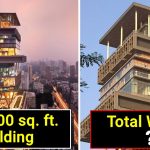 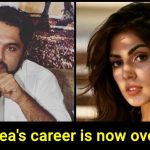