Popular TV actress Charu Asopa was on the receiving end of trolls on social media for exposing her cleavage in a deep-neck top. Nonetheless, the actress replied to the user who was not aware of how to comment on a particular post.

The “Mere Aangne Mein” actress was recently trolled on social media for her intimate images her husband Rajeev Sen. This drew severe criticism from all quarters as they believed that not everything you do with your close ones is supposed to be on the social media.

It was on Tuesday night, Charu had posted a picture of herself wearing a deep-neck shimmery jacket with black leggings. In this jacket, her cleavage was clearly seen a female Twitter user wanted to teach her a lesson. The user tweeted: “Body dikhane ka itne hi saukh h to thora sa kyu pura dikha deti.”

However, it didn’t take much time for Charu to respond to the user. The actress didn’t take it on a casual note as the remark was offensive and she instantly tweeted back saying: “If I have a good body, I’ll flaunt it. Tumhari hai toh tum bhi dikhao.”

On her recent controversy about posting image with her husband Rajeev Sen, she had confessed to E-Times, “We don’t discuss before posting any pic. We share whatever we feel like. Later we realise, ‘arre hum toh troll ho gaye’. Then I told Rajeev ‘maine mana kiya tha even then you posted’ See now we got trolled. We fought a bit too and then all was okay.”

As per latest reports, she is currently staying in the lockdown with her husband Rajeev. In an interview with E-Times, she had also admitted that they have divided the household chores and that they also switch at times if they want to.

“After marriage, I was on a break. So just before the lockdown, I was thinking that I have rested a lot and now I should come back. But now with lockdown 4.0 it feels too much,” she said. 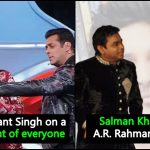 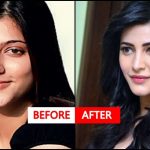