Indian Railways hits the headlines for all the right reasons. They are aiming to become the world’s first 100 per cent green railways. The news was confirmed by the Minister of Railways and Commerce & Industry, Piyush Goyal, who spoke about the government’s master plan to make the national transporter environment-friendly. He reportedly added the Indian Railways is planning to widen the use of solar energy.

In the latest development, Indian Railways installed new washing plant at Bengaluru Railway Station. It should be noted that it is the state’s first Automatic Railway Coach Washing Plant which comes with essential features. This plant can reduce water, cost, time and manpower. 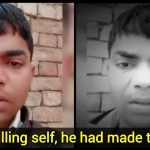