KC Sijoy of Kerala has made India proud by winning Rs. 25 lakhs for his innovative device that peels tender coconut very fast. Sijoy is the founder of Koocos Industries in Thrissur, Kerala. It took him 10 years to devise this machine, which takes just 40 seconds to peel one tender coconut.

It all started a decade back when Sijoy observed street coconut vendors struggling manually to peel the tender coconuts.

“I noticed that street vendors who sell tender coconuts on push-carts were spending a lot of manual labour in peeling the coconut, and most of them don’t focus on attractive presentation. I did some research to find out whether there were any mechanical solutions to cut coconuts. While there were some, the machines were only focussed on tender coconuts and were unsuitable for mature ones with hard exteriors,” says Sijoy, adding that when vendors purchase coconuts in bulk, sometimes they receive mature ones.

After spending 10 years researching, Sijoy came up with a mechanical coconut peeling device. Not only does this machine take 40 seconds to peel one coconut, it also slices the semi-hard covering into 1-millimeter pieces so that it can be used as cattle feed.

To build the machine, Sijoy rented an old workshop near his home and rented heavy machinery, including welding machines from the local Ministry of Micro, Small, and Medium Enterprises (MSME). He designed the prototype using the experience he gained from the technical course at NTTF and while working in Saudi Arabia.

The machine is powered by a 500-watt motor and has a lever on one end to hold and release the coconut, along with a rotating device on the other end, to revolve the coconut. A sharp knife is placed under the coconut, which is operated by a pulley system that moves left to right. Another lever can bring down two more sharp knives to slice the edges.

“The machine is equipped with 100mm blades that remove the entire outer covering within 40 seconds. After this, the peeled coconut is placed on a cutting board attached to the machine to remove to the top and bottom. The coconut is left in a cylindrical shape, with a flat top and bottom, which makes it safe for transportation and easy for stocking,” says Sijoy, adding that the flesh and water remain unaffected. The consumer would have to break open the top using a sharp knife to remove the contents inside.

In 2015, with one prototype, Sijoy applied for a patent and got the approval for the same in 2017. Under a registered business named Koocos Industries, he partnered with a few supermarkets to sell the peeled coconut at Rs 30 each. The coconuts were supplied from a local distributor.

“It worked smoothly and I was able to peel 40 to 50 coconut in one hour. But, I stopped distribution in a few months to prepare the machine for commercial-level usage,” Sijoy says.

To ensure that the device could accommodate any size of coconut, Sijoy decided to remodel a few portions of the device. He also decided to upgrade to a 750-watt motor so that the machine can peel at least 60 to 80 coconuts in one hour.

“The commercial model is not available in the market yet. But, once I am done making the modifications, I will distribute a few models across Thrissur district. For one year, I will monitor the performance, make changes if necessary, and then sell the final model across India,” says Sijoy.

Being incubated under the Agri-preneurship Orientation Programme of the Kerala Agricultural University, early in February, Koocos Industries was selected as one of the top three startups. Sijoy also received a Central government grant of Rs 25 lakhs for developing his innovation.

K P Sudheer, Head of RAFTAAR Agri-Business Incubator, Department of Agricultural Engineering at Kerala Agricultural University, says, “While there are other mechanical coconut peelers in the market, Sijoy’s machine is hi-tech, and is equipped to break through tough shells.” 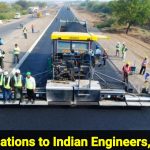