We have seen, in many parts of India, avid fans offering milk abhishekam and prayers for the filmy heroes they admire who just act in movies but when the hero risks his life to save lives, he gets no hype but just an appreciation by some people. We live in a society where people appreciate film heroes who save people’s lives in action sequences but when the same thing happens real, no one bats an eye.

We also know that incidents of abuses and rapes are frequently happening in the country’ and it doesn’t seem to end any time soon. It’s getting scary as days progress and still, there has not been any guaranteed sign of safety for the girls and women nowadays.

Abhishek Yadav Abhi was heartbroken and deeply pained by the shocking incident that happened in Delhi on the night of December 16, 2012, where a paramedical student was abused by a group of men on a moving bus.

A resident of Gorakhpur, Abhishek Yadav was shocked about the lack of security of women in India and it was when he made up his mind to bring a change in the girls. He is a professional multi-discipline martial arts expert by trait and he decided to utilise his skills to train and prepare the women and girls on how to defend themselves against any kind of attackers in the nation.

So far, Abhishek has given free self-defence training to more than 2.5 lakh girls across Uttar Pradesh and now he plans to expand his training techniques to other states as well.

The 28-year-old man who runs an NGO called ‘Abhiself Protection Trust’ prepare the girls under their ‘Meri Raksha, Mere Haathon Mein’ programme, where most of the girls hail from the rural areas.

Abhishek is an exponent of Aikido, which is a Japanese martial art which he used to train the UP Police.

“I began training the UP Police commandos in martial arts in 2007. But after the 2012 Delhi Gang rape, we began a movement to teach the same defence techniques to girls. This week-long training will empower them and enable them to take on any abusers all by themselves,” Abhishek said.

His camps frequently have hundreds of students and in 2016, he had set a Limca world record for training a staggering 5,700 girl students in self-defence techniques in Kunda, Pratapgarh.

Abhishek, who started his training in martial arts in the year 2002 is also an international gold medalist in Karate. He has an active team of around 12 people who also assist him with the training programs.

“We aim to empower every girl and make them stronger as individuals who can take on any challenges. We use Aikido training which has a lot of holds and moves that anyone can master with regular training and are useful in real-life situations,” Abhishek said.

“We go from school-to-school, where we tell the student why it is important to learn self-defence, especially given how bad the situation is in our country when it comes to women safety,” he said.

After offering the much-needed martial arts training to the girls in Uttar Pradesh, Abhishek now aims to widen his training programme even beyond Uttar Pradesh. This is indeed good news for the country. In the latest update, it has been learnt that Abhishek will soon start giving self-defence training to girls in Delhi and Haryana also. 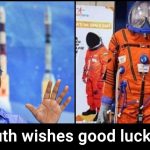 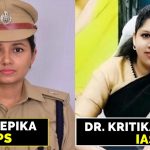