India is making the headlines for all the right reasons. So far so good for the Indian economy as far as the foreign direct investment (FDI) is concerned. As per the report in Economic Times, India got more foreign inflows for the first time in two decades than China.

As per business daily, stable fundamentals of the country, a bankruptcy code including new opportunities in sunrise sectors steered India attract $38 billion in FDI, which is higher than that of China’s $32 billion this year.

In a sensational development, the Narendra Modi-led government sensibly took several steps to attract foreign investment and has helped restore mood of investors since it came to power in May 2014.

The government has disclosed several initiatives such as ‘Make in India’ and ‘Digital India’ to attract investors. Investors were convinced by this and have started taking interest in the country growth story. Growth is said to be one of the fastest in the world and several multilateral agencies stressed the fact that India remains as the X-factor among emerging economies.

“India has had a busy M&A calendar in 2018 and we will continue to see good traction in inbound M&As,” the publication tagged Kalpana Morparia, chief executive for South and Southeast Asia at JP Morgan Chase & Co as saying.

“Given India’s demographics, the e-commerce story, the way India has leapfrogged the several stages of technological revolution, we expect a lot of activity in the technology and financial services space going forward,” Morparia added.

It has been learnt that China has by far been the top destination among emerging markets for global funds. However, this year there came a change as India saw 235 deals amounting to $37.7 billion, which is highest ever for the country, pipping China, the ET report said referring to data from Dealogic, a global M&A and capital markets data provider. It may be noted that the trade war between China and the US is seen as a primary reason for the FDI slowdown to China.

Talking about the biggest deal that steered FDI flows to India this year is ‘Walmart’s $16 billion buyout of Flipkart’ and the trade experts believe technology-driven consumer retail, as well as financial services spaces, are likely to see substantial M&A activity in the times to come. 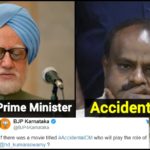