Ever since PM Narendra Modi took charge at the head of the Bharatiya Janata Party (BJP) in 2014, Mr. Modi has been trying to change the atmosphere around India.

In May 2014, BJP won the Lok Sabha election with a strong majority. Shri Narendra Modi took oath as the 15th prime minister of India in New Delhi on May 26, 2014.

While addressing the Parliament for the first time after being elected Prime Minister, Narendra Modi had overcome with emotion as he spoke about all those people who supported the BJP against all odds. He said those people have come to him with lots of dreams and hopes and that it’s his job to fulfill them. He then said that no one should say that the BJP is blessed to have Modi — saying so, he broke down, bowing his head down to the audience. He then asked for water and composed himself.

An emotional Mr Modi said, “Advani ji said I did him kripa. Please don’t use this word. Can a son ever do his mother kripa? The party is my mother, it has done me the favour of giving me an opportunity to serve it.”

During his Facebook townhall with founder Mark Zuckerberg at Menlo Park, PM Modi broke down while talking about his mother. He was describing how his mother had to manage the house affairs, when he was young, after his father passed away. Modi credited his success to the sacrifices made by his mother.

3. During speech in Goa:

On November 8, 2016, Prime Minister Narendra Modi announced his government’s demonetisation drive in a shock move. PM Modi choked with emotion during an impassioned speech in Goa as he appealed to people to give him 50 days to end their hardship after his government abolished high-value banknotes.

4. While talking about sacrifices of security forces:

Prime Minister Narendra Modi inaugurated the National Police Memorial on the occasion of Police Commemoration Day on Sunday. Addressing the gathering at the function, PM Modi broke down while talking about the swiftness and alertness of security forces. He praised their efforts in rescue operations and their efforts in maintaining peace.

Prime Minister Narendra Modi on January 16 launched India’s coronavirus vaccination drive via video conference. PM Modi got emotional during his speech as he remembers those who died to coronavirus.

Hailing the role of scientists and doctors in developing the coronavirus vaccine, PM Modi said, “All scientists and those in the medicine fraternity deserve congratulations who kept working tirelessly to make the vaccine. They didn’t see day or night, or festivals. Usually, medicines take years, here in a few months, two Made in India vaccines have been made.” 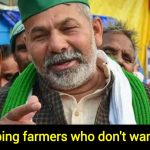 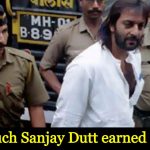