Ever since the Modi government revoked Article 370 and 35A from Jammu and Kashmir which gave special status to the state, several significant developments have been made in the region.

In another significant development, the government is all set to restore the lost glory of the centuries-old heritage shrine- Raghunath Temple situated near Fateh Kadal in the heart of Srinagar city, reported the Hindi daily, Jagran.

The renovation work of the temple has been handed over to the State Tourism Department. In addition to that, the ghats of river Jhelum will also be reconstructed. This long-pending decision will give Kashmiri people immense pleasure who have remained devoid and oppressed for years due to adverse circumstances, created by radical Islamists, which also compelled many Hindu families to migrate from Kashmir.

It all started in the early 1990s when the terrorists had initially set fire to a school which was located on the premises of the temple. This had led to the Dharamshala of the temple being gutted in the fire. The Hindus were forbidden by Islamists from worshipping in the temple. However, when the devotees refused to stop visiting the temple, the entire temple premise was set on fire and destroyed.

Again in the year 2002, the temple was destroyed by terrorists in the months of March and November. Islamic terrorists had hurled grenades and indulged in indiscriminate firing which resulted in the death of 20 Hindu devotees and injuring over 40 others.

The temple was sealed for the last 30 years. Police, however, could not nab the terrorists who carried out the attacks and also failed in tracing 23 precious idols, 40 kilograms of silver, gold and other valuables worth lakhs of rupees which was looted from the temple. Over the years the beautiful heritage site was turned into garbage dumping site like other Hindu shrines in the valley. 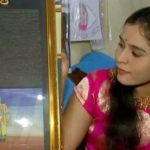 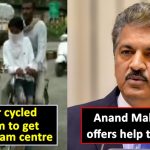