Congress chief Rahul Gandhi said that his party’s election promise of a ‘minimum income guarantee scheme’ for the economically backward sections of the society is targeted at fixing the “damage” caused by the Modi government to India’s economy through initiatives such as demonetisation and the Goods and Services Tax (GST).

“Over the past five years, the Prime Minister has removed money from the economy with failed policies such as demonetisation and the poor execution of the Gabbar Singh Tax. Informal sectors have been badly hit, and there is a need to rectify the situation,” Mr Gandhi said in an interview with news agency PTI ahead of the Lok Sabha elections.

The Congress president claimed that the aim of his proposed scheme was twofold. “The first is to guarantee minimum income to the bottom 20% families, and the second is to remonetise an economy that has been demonetised by Modiji,” he told the news agency.

Congress President stressed on the fact that NYAY Scheme will not be carried out “rashly” like the BJP’s demonetisation and GST initiatives. “We’re not going to do it the way GST was done. We are first going to run a short pilot project to smoothen out any flaws in the implementation process and then roll it out nationwide. We’re also going to set down a robust way of identifying the beneficiaries, so that no deserving family is left out,” he told PTI.

“Our goal is to completely eliminate poverty from India,” he said, adding that 20-22% of the families in India live in poverty even today.

Under the NYAY Scheme which was announced by Rahul Gandhi on March 25, the Congress proposed to provide minimum income guarantee scheme ‘Nyay’ which will help 20% of the poorest families if voted to power.

The schemes aims to provide ₹72,000 annually to 20% of the poorest families across the nation, which is likely to benefit at least 5 crore families. The party president described this as a surgical strike on poverty. 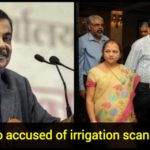 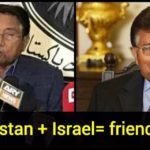