The state government is constantly taking action against those who have been found corrupted. In this sequence, the UP government has demoted four additional district information officers to their parent posting as a peon, watchman and cinema operator-cum-communication assistants. The move was made after their promotions were found to be illegal.

Similarly, Vinod Kumar Sharma and Anil Kumar Singh, who were promoted as additional district information officer in Mathura and Bhadohi, respectively, will again work on their previous profile as cinema operator-cum-communication assistant.

A helper in the information department had filed a writ petition in the Allahabad high court seeking promotion, citing the example of four employees of his rank who were promoted as additional information officers.

A petition was filed in the High Court regarding this matter. After which all have now been demoted on behalf of the government. Now these Additional District Information Officers have been made watchmen, peons, cinema operators and assistants. These four were promoted in these positions.

“It was decided that all the four persons should be demoted as there was no rule for such a promotion. Not only the helper’s claim to entitlement was inappropriate but the promotion of four others was also illegal,” a government spokesman said. 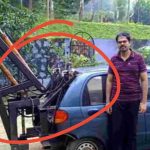 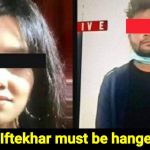