In the latest development, the Uttar Pradesh government has decided to start issuing press releases and information in Sanskrit along with English, Hindi & Urdu. As per the latest tweet by the CMO, all the information will be issued in Sanskrit. Along with the tweet, the CMO handle also shared the copy of the press release of the September 26 COVID-19 meeting in Sanksrit.

“As per CM Yogi Adityanath’s directions, press releases will also be issued henceforth in Sanskrit. Press release of CM’s daily meeting on the Covid situation is also issued here,” the tweet reads.

Lauding CM Yogi’s decision to release information in Sankrit language as well, UP Minister Mohsin Raza said, “The Sanskrit language symbolises our culture and traditions. Even in the past, Dr Bhim Rao Ambedkar recommended Sanskrit to be recognised as an official language.”

In its 2017 Uttar Pradesh state assembly election manifesto, the Bharatiya Janata Party had promised to promote Sanskrit if it would be voted to power in Uttar Pradesh. Besides, Yogi Adityanath’s love for Sanskrit is well-known. The CM is said to be well- versed in the language and has a dream to promote it across the state.

According to a senior official in the information department, all the major press notes along with CM Yogi’s speeches will now be issued in the Sanskrit language. This initiative will be monitored by the two senior officials in the department. Given the fact that there are many Urdu newspapers in Uttar Pradesh, the government had started to issue data and press notes in the Urdu language as well. 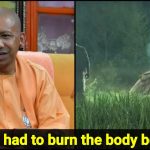 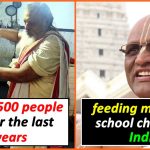