The wedding of a Muslim man in Uttarakhand has grabbed headlines after moving away from conventional weddings. The man was identified as Imran, who hails from Sainjna village of Kichha town in Uttarakhand. Imran and his father Fariyad Hussain have set a unique example of Hindu-Muslim brotherhood.

All the cards of Nikah sent to Hindu guests have a photo of Lord Ganesha that caught every Hindu’s attention. Fariad Hussain has four sons and Imran is the eldest one. Imran’s Nikah took place on March 5. This nikah was performed just like every nikah, but what makes this nikah special is wedding cards.

Fariyad Hussain is not very educated but the lesson of Hindu-Muslim brotherhood he taught to society is praiseworthy. When it came to printing the cards of Imran’s marriage, Fariyad Hussain printed the cards for Hindu brothers according to Hindu customs. Imran and his father wanted to do something different with the wedding invitation in order to spread the brotherhood message between Hindu and Muslim.

All Hindus welcomed Hussain wholeheartedly for this unique initiative when they received Imran’s wedding cards. In the card, the photo of Lord Ganesha is printed at the top and Mantra is also written at the bottom of the card as per the custom of Hindus.

Eventually, the idea was unanimously finalized and people were invited by printing the name of the bride and groom and the venue on the cards. Hussain, while speaking to the media said, “Hindus and Muslims are brothers,” “This initiative will further strengthen the relationship between Hindu and Muslim,” he said.

Fariyad Hussain said that a feast was organized for the Hindu brothers on Tuesday, whereas for Muslims, it was organized on Wednesday. Imran’s uncle Mumtaz says that there is only one God. We all must work for peace. Hopefully, the family’s initiative to increase brotherhood among Hindus and Muslims will succeed.

This step was very successful and people appreciated it. There are several ways you can adopt to enhance brotherhood among Hindus and Muslims, but this is one of the best ways we have ever seen. What a beautiful idea it is! Fariyad Hussain and his family really deserve all the appreciation and we should also encourage and implement this idea. 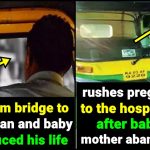 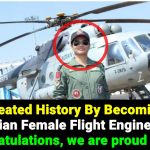