Describe our Indian athletes in one word? Are you running short of superlatives to praise them? Yes, that’s the same case here. Every day, Indians are dominating in almost every sport in the ongoing Asian Para Games. More often than not, we hear athletes winning medals for the nation. That’s true.

It’s Deepa Malik’s turn to win a medal in Discuss throw at Asian Para Games. Let’s take a moment to appreciate her for her success. She did her best and made the entire nation proud.

Rio Paralympics medallist Deepa Malik won her second bronze medal at the Asian Para Games. She clinched the bronze in the women’s F51/52/53s discus throw event in Jakarta on Friday. Deepa produced her personal best effort in her fourth attempt, a 9.67-metre throw to bag the third spot. Deepa had previously won a bronze in women’s F 53/54 javelin throw event 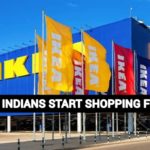