The Rampur district administration in UP destroyed an ‘Urdu Gate’ built by Samajwadi Party leader Azam Khan, as reported by Navbharat Times.

This gate which was used as an entrance to the Mohammad Ali Jauhar University founded by Azam Khan was razed to the ground with the help of bulldozer on Wednesday (6 March). The picture is seen below.

It has been alleged that Azam Khan (during his power) illegally seized government land only to build the gate. Actually, the land earlier was part of a public road.

The District Administrator Anjnaya Kumar Singh was quoted as saying that “no rules and regulations were followed during the construction of the gate and neither was any kind of permission” taken from the administration.

The report also claims that previously a PWD road that was used to connect Rampur to Uttarakhand which was heavily used by motorists.

After the gate was constructed for the Jauhar University, it was diverted which causes trouble for the passersby. The diversion passes through a heavily populated area which results in frequent traffic jams. 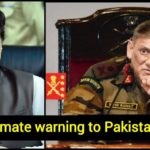 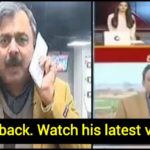