The coronavirus has affected everyone’s lives, no one has been spared by this deadly disease. With the stretch of unfortunate events kicking off in 2020, the year has been cruel to the entire world. Bollywood areana is no exception.

The Indian film and television industry lost some of its great actors in 2020 who made significant contributions to Indian cinema. From Sushant Singh Rajput, Irrfan Khan, SP Balasubrahmanyam, Rishi Kapoor to Nishikant Kamat, Saroj Khan and Jagdeep, many celebrities left a void in the Indian entertainment industry.

Here is a look back at all the stars who passed away this year:

Sushant Singh Rajput’s unexpected death by suicide took the entire nation by shock. Sushant left all of us on June 14 (Sunday). Died at a young age of 34, the star had plenty more things to achieve or fulfil in his life and now we lost such a gem of a person. It is heartbreaking to all of us that we won’t be able to see him anymore.

Sushant Singh Rajput was a well-known actor, dancer, entrepreneur, and philanthropist, majorly known for his commercially successful films like MS Dhoni and Chicchore.

Sushant Singh Rajput’s sudden demise sent shockwaves in the Bollywood industry and left his fans heartbroken and shocked. The actor was found hanging in his Bandra house on June 14.

Veteran actor Rishi Kapoor drew his last breath on April 30. The legendary actor was admitted to HN Reliance Hospital in Mumbai. Rishi Kapoor was fighting cancer since 2018 and was in the United States for treatment for a year.

He was 67. The actor is survived by his wife and actor Neetu Kapoor, son Ranbir Kapoor and daughter Riddhima Kapoor Sahni.

Renowned actor Irrfan Khan passed away at the age of 53 on April 29. His demise left Bollywood in shock. The actor was admitted to the Kokilaben Dhirubhai Ambani hospital in Mumbai where he drew his last breath.

Irrfan Khan made his Bollywood debut with Mira Nair’s Salaam Bombay in 1988, and has worked in many films since then. He touched the pinnacle of his career when he was part of many Hollywood projects, from Jurassic World to Slumdog Millionaire.

He had been travelling to London frequently for treatment. His last Hindi film was Angrezi Medium, which released on March 13 this year. Irrfan Khan is survived by his wife Sutapa Sikder, and two sons namely Babil and Ayan.

Legendary Bollywood choreographer Saroj Khan passed away on July 3, leaving Bollywood in shock. The ace choreographer, who was 71 years old, was admitted to the Guru Nanak Hospital in Mumbai where she breathed her last.

According to reports, the veteran choreographer was long suffering from diabetes and other age-related health ailments. All of sudden, her health started deteriorating and hence she was taken to the hospital where she died of cardiac arrest in Mumbai.

She made a distinct identity by choreographing many memorable songs in Hindi. She had choreographed more than 2,000 songs, including “Dola Re Dola” from Sanjay Leela Bhansali’s “Devdas”, “Ek Do Teen” from Madhuri Dixit-starrer “Tezaab” and “Ye Ishq Haaye” from “Jab We Met” in 2007 throughout her career.

Singer-actor SP Balasubrahmanyam passed away at the age of 74, on September 25 following coronavirus complications. He tested positive for Covid-19 in the first week of August, as a result of which, he was shifted to the ICU after his condition deteriorated. He remained on ventilator till his last breath. Fans will remember him for his unparalleled contribution to Indian music. SPB held a Guinness World record for singing over 40,000 songs.

Remembered by many as “Soorma Bhopali” of Sholay, actor Jagdeep passed away on July 8 following age-related health issues. The 81-year-old actor had to his credit over 400 films. He entertained the audience with his spot-on comic timing and later even tried his hands at directing movies.

Singer and composer Wajid Khan’s untimely demise came as a shock to the film industry, as well as the nation. Wajid, who was one half of the popular composer duo Sajid-Wajid, passed away on June 1, 2020. He had suffered a heart attack while he was hospitalised due to Covid-19.

He was just 42. He was popular for his songs like “Hud Hud Dabangg”, “Jalwa”, “Chinta Ta Ta Chita Chita” and “Fevicol Se” among others. 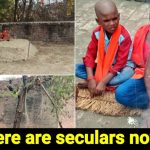 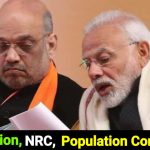