The coronavirus has affected everyone’s lives, no one has been spared by this deadly disease. With the stretch of unfortunate events kicking off in 2020, the year has been cruel to the entire world. Due to coronavirus pandemic, the Indian government postponed many projects that were scheduled to be started in 2020. In this article, we are going to learn about five most important things which are likely to be done in 2021.

The coronavirus has affected everyone’s lives, no one has been spared by this deadly disease. Millions of people have lost their loved ones during this pandemic.

Now, everyone is waiting for a COVID-19 vaccine which will “intensify and strengthen” the fight against the coronavirus pandemic.

It is expected that the vaccine will be available in the coming few weeks and vaccination process will kick-start in India as soon as it is approved by the regulatory agency concerned.

Serum Institute of India CEO Adar Poonawalla claimed that India’s Covid-19 vaccination drive would begin in 2021 and normal life can be expected to return by October 2021 after everyone is vaccinated.

2. One Nation, One Election:

Prime Minister Narendra Modi has been making a strong pitch for the idea of ‘one nation, one election’ for long time. According to him,  “One Nation, One Election” is not a matter of debate only, but this is the need for India.

“Elections are held at different places every few months. The impact it has on development works is known to all. Therefore, it is a must to have deep study and deliberation on One Nation, One Election,” he said.

Speculations are rife that the concept may be implemented in 2021. Chief Election Commissioner Sunil Arora has said that the ECI Is ready to implement the new system.

After scrapping Article 370 and clearing the way for building a Ram Temple in Ayodhya, all eyes are now on the Modi government on whether it would make efforts to turn the Uniform Civil Code into a reality.

Article 44 of the Constitution of India lists Uniform Civil Code (UCC) as one of the Directive Principles of State Policy. The BJP believes that there cannot be gender equality till India adopts a Uniform Civil Code, which protects the rights of all women.

In a petition, BJP leader and lawyer Ashwini Kumar Upadhyay has sought framing of a uniform civil code to promote national integration and gender justice, equality and dignity of women. It is expected that Uniform Civil Code will be implemented in 2021.

After the Citizenship (Amendment) Act was implemented across India, all eyes are now on the BJP government on whether it would make efforts to implement the National Register of Citizens (NRC) in the country.

Union home minister Amit Shah said that NRC will be rolled out across the country before the 2024 polls. Speculations are rife that the Modi government may implement NRC by the end of this year.

The BJP is now keeping an eye on West Bengal Assembly elections which are scheduled to be held in 2021. Speculations are rife that the BJP will emerge as the main rival to the Trinamool Congress in this elections.

The Saffron party, which has never been in power in the state, won 18 of the 42 seats in West Bengal in 2019 Lok Sabha elections. It proves that the Saffron party will end didi’s decade long rule in the politically polarised state in Assembly polls. 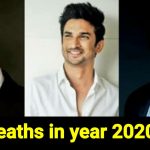 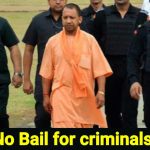