During the coronavirus crisis, doctors and healthcare workers are giving absolutely everything in the world’s fight against the epidemic which has claimed more than 8.5 lakh lives globally. There are over 26 million confirmed cases of coronavirus and over 18 million people have recovered from the deadly outbreak.

Meanwhile, a controversial Imam from Australia made the headlines after he asked Muslims not to take a potential coronavirus vaccine, claiming it is ‘haram’.

He allegedly has urged Muslim people not to take the potential COVID-19 vaccine being developed by the University of Oxford and AstraZeneca,  saying it’s ‘forbidden’ in their religion.

Sufyaan Khalifa in his YouTube video titled “A message to Aussie Muslims stand up: Follow the way of the Prophets” told Muslims in Australia about the method adopted by the company to develop the COVID-19 vaccine.

“Shame on some Muslim bodies justifying the use of the vaccine. Shame on any imam who did sign this fatwah,” Mr Khalifa said in the video.

“The catholics have stood up against this clearly because they know it’s haram, it’s unlawful. But you stand with the government instead,” the Perth-based imam said.

Khalifa is not alone to raise his voice against the vaccine, there are also other religious figures who are against Australia’s vaccine deal with AstraZeneca.

A senior Catholic archbishop also warned that he is “deeply troubled” by the COVID-19 vaccine deal, claiming that the potential vaccine uses a fetal cell line that creates an “ethical quandary” for Christians.

Referring to the objection raised by the Catholics, Imam Khalifa said, “The Catholics have stood up against this clearly because they know it’s haram, it’s unlawful. But you stand with the government instead.”

The religious leaders claimed the technique is immoral and urged the PM to provide an alternative option. India, on the other hand, has developed a vaccine to prevent the spread of coronavirus. Union Health Minister Dr Harsh Vardhan stated that India will have its first coronavirus vaccine by the end of this year 2020. 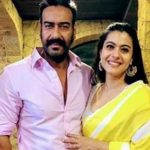 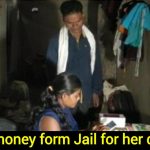