India’s young wicketkeeper batsman Rishabh Pant has been considered as a long-term replacement for Mahendra Singh Dhoni. However, the 23-year-old didn’t take the game seriously as he kept on throwing away his wicket cheaply.

Pant was named in the Border Gavaskar Trophy series against Australia. Earlier, he didn’t get a chance to feature in the limited-overs series. Pant got an opportunity to play the last two Test matches in Australia – at the SCG and at the Gabba.

The wicketkeeper-batsman did full justice to his role as he scored a vital 97 in the first innings. His spectacular knocked helped India fight in the run-chase. The SCG Test eventually ended in a draw. Pant earned praises for his impressive knock.

Pant once again showcased his mettle with the bat in the fourth innings and played the best knock of his life. The wicketkeeper-batsman scored an unbeaten 89 in the run-chase and helped the team beat the hosts by 4 wickets.

Team India successfully conquered the Gabba as the fortress was breached after 32 years. Pant was named the man of the match for his outstanding knock. The entire nation showered praise on the young player for his match-winning heroics.

Translating it into English:- “Since the time I returned from Australia, my family has been forcing me to buy a new house. Is Gurgaon the right choice? Is there more option other than Gurgaon?”

Meanwhile, netizens who came across the tweet replied cheekily to Pant. Let’s check out the tweets below: 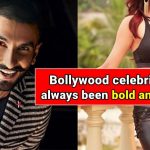 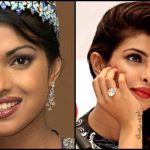