But the actor’s ardent fans are still speculating something fishy in his death. Sushant’s fans are still paying him rich tributes on social media with some throwback pictures and heart-melting video clips.

Mumbai Police launched a probe into Sushant Singh Rajput’s death and many as 41 people including Rhea Chakraborty, Ankita Lokhande, his manager, Mahesh Shetty, Rumi Jaffery have been interrogated so far by police in connection with the suicide case.

Sushant’s father had lodged an FIR against Rhea Chakraborty where he had claimed that she was part of the entire planning that went on that resulted in his son taking such an extreme step.

Political commentator Pushpendra Kulshreshtha also made a supportive tweet on this matter: “BREAKING NEWS:- FIR registered against actor Rhea Chakraborty under various sections, including abetment of suicide, on the complaint of Sushant Singh Rajput’s father.”

Responding to that, Team Kangana said added another revelation: “15cr missing from Sushant’s account and Mahesh Bhatt in his statement to police said Rhea considers him her Guru, no wonder Fraudgiri is not learnt, it’s transmitted” 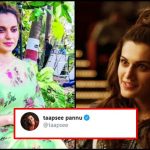 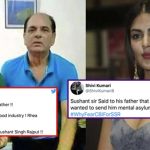