Legendary actor Rishi Kapoor has always been an active social media user and he never feared anything. He was someone who never feared to troll or criticise when it mattered the most. However, when he replied back or hit out at trolls, his tweets often created controversy.

The original chocolate lover boy of Bollywood industry always been infamous for his tweets. Take a look at the tweets.

When he hit out at troll who asked if he has stocked up alcohol for 21 days:

“anyone cracking jokes about my country or on my lifestyle, will be deleted. Be aware and warned. this is a serious matter. help us to tide over the situation.”

“ am angry. Why do you equate food with religion?? I am a beef eating Hindu. Does that mean I am less God fearing then a non eater? Think!!”

When Rishi Kapoor had tweeted about sale of alcohol during coronavirus lockdown:

“Think. Government should for sometime in the evening open all licensed liquor stores. Don’t get me wrong. Man will be at home only what with all this depression, uncertainty around. Cops,doctors,civilians etc… need some release. Black mein to sell ho hi raha hai.”

When Rishi Kapoor had asked for Emergency during novel coronavirus pandemic due to attacks on doctors:

“Dear fellow Indians. We must and have to declare EMERGENCY. Look at what’s happening all over the country! If the TV is to believed,people are beating policemen and medical staff! There is no other way to contain the situation. It is only good for all of us. Panic is setting in,: Rishi Kapoor tweeted.

“Think. Chalo Delhi airport se to nikal gayi. Why an establishment like The Taj Lucknow Hotel didn’t have the facility to screen visitors? After all the Taj is a huge name and a property. Surely they could have detected!,” Rishi Kapoor tweeted.

The actor is survived by his wife and actor Neetu Kapoor, son Ranbir Kapoor and daughter Riddhima Kapoor Sahni.

Rishi was diagnosed with deadly disease cancer in 2018 and had returned to India from New York in September last year, following his cancer treatment. He was taken to the hospital on Wednesday morning, his brother Randhir Kapoor told yesterday. 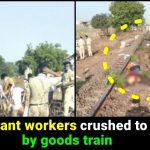 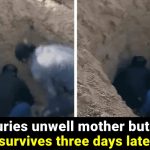