In a shocking incident, a man in northern China was charged with attempted murder after he had allegedly buried his mother in an abandoned grave. It was learnt that the son was completely fed up of taking care of his unwell mother and so he decided to bury her. However, she survived after three days.

As per a report in AP, the accused’s wife told the cops that her husband carried his unwell mother away in a sort of wheelbarrow on May 2. When she did not return three days later, police were notified and the man was placed in detention in Shaanxi province’s Jingbian county.

Rescuers added that despite the woman’s terrible experience, she was faintly calling for assistance as she was freed from the grave, the state media reported on Friday.

The China Daily newspaper and other news outlets reporting on this very case cited a police statement briefing the whole sequence of events.

It is to be noted that the mother of the accused is said to be partially paralyzed and his son was fed up of taking care of her, China Daily reported.

As per the report, the man was 58 years old with the surname Ma and his 79-year-old mother, surnamed Wang.

It is indeed sad that public assistance is lacking in China especially in rural areas. The families in poor rural areas are expected to take care of their own elderly relatives.

With inputs from AP 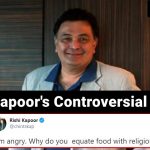 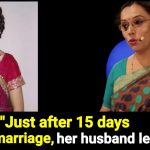