In a bid to make a difference in the society, few billionaires in India are extending their fruitful contributions to the less unfortunate ones. 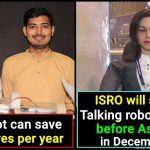