The entire globe is fighting the ongoing Covid-19 pandemic. During this crisis, even irresponsible acts have also been happening behind the scenes. In a shocking incident, a hospital nurse was suspended after she confessed to stripping off her PPE in order to have sex with a COVID-infected man, in a hospital toilet.

Meanwhile, the officials added that they could be subjected to criminal prosecution under Indonesia’s pornography laws albeit the post in itself was not ‘pornographic’. The incident happened in coronavirus field hospital in Indonesia.

The incident came to light after the patient boasted about the good time on social media platform. After the post spread like wildfire, the man was interrogated along with the nurse that he allegedly had sex with.

Both of them admitted the story was true and that it happened in the toilet after the nurse removed her PPE. As per various reports, the nurse was plying her trade at the Wisma Atlet quarantine facility in Jakarta, Indonesia.

9 Nurses working at the Same Hospital are ‘Pregnant together’

Maine hospital, which is the largest in Portland where 9 of the nurses ‘working in the labour and delivery unit of the same hospital’ became pregnant at the same time.

A Facebook post put out by Maine Medical Centre depicts nine pregnant ladies posing for a photograph and all the babies are scheduled to be born between April and July.

Interestingly, the women were seen holding cards in a variety of colours like pink, blue, yellow and green, and they said they were happy to be able to experience their pregnancies altogether.

“After each one of us started to say, ‘We’re pregnant,’ I think it was a happier announcement each time, and we’re all there for each other,” nurse Erin Grenier told WMTV.

“There have been times where we’ve been the patient. So it’s been great to have each other either being our nurse or just being there for us, sending us a message, checking in on us making sure everything is okay,” she added.

Another nurse identified as Amanda Spear said, “It’s really nice coming to work and seeing other people who are just as pregnant and watching their bellies pop and just talking about these experiences that we are going through together.”

“I think we’re looking forward to raising our babies together. To having friends, playdates and continuing the support of having shared experiences of all having babies together,” registered nurse Holly Selby said.

The women were stunned to see so much attention given to them on social media platforms.

“I don’t think it hit home until we took a picture and it was on social media and we were getting all this attention,” registered nurse Lonnie Soucie added. “And then it was like, ‘Whoa, you weren’t kidding!'”

“I think we’re looking forward to raising our babies together. To having friends, playdates and continuing the support of having shared experiences of all having babies together,” Holly Selby said.

The hospital confirmed that the shifts would be ‘totally covered’ for the duration of their maternity leave.

In what was a huge case of negligence that surfaced from a government hospital in Gujarat’s Ahmedabad, a baby girl, unfortunately, lost her thumb because the nurse was reckless during the operation.

The five-month-old baby girl was admitted to Vadilal Sarabhai (VS) Hospital in Ahmedabad, as she was diagnosed with pneumonia.

The day, the baby girl had to be discharged from the hospital after recovery, the nurse attempted to take out the needle in her left arm and in the process of cutting the bandage, she carelessly cut the baby’s thumb along with it.

The baby girl was brought to the hospital by her parents as she was suffering from cold and cough. A doctor diagnosed her with pneumonia and admitted her to the hospital.

When the baby had to be discharged, doctor told the nurse to remove the needle puncture in her arm that was used for the injection.

For now, the girl has been admitted for treatment in the pediatric department of the hospital.

Nonetheless, her parents are absolutely livid with hospital’s negligence.

Farhan Banu who is baby girl’s mother said that on May 29, her baby was under the weather because of which she came to the hospital to get her medicine but the doctor advised for her to be admitted immediately.

Banu said when on June 2, the baby’s finger got cut when she was being discharged. She said that usually scissors are not used to cut open a baby’s bandage.

Soon after the incident, the hospital administration called for an emergency operation and the girl’s thumb was put back soon.

Annoyed by hospital’s negligence, the parents then went to the police and filed a case against the nurse and the hospital, which comes under Ahmedabad municipal corporation. 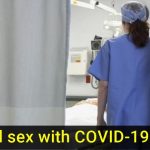 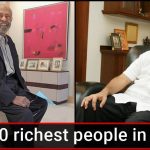