Where there is a will, there is a way. Shivam Rajput from Kanpur, Uttar Pradesh, has won over the hearts of watchers after reaching the Rs 1 crore question in KBC 12.

The popular game show Kaun Banega Crorepati (KBC) has changed many lives. Many have attained new heights in their career after winning this famous show.

Shivam Rajput took home Rs 50 lakh as he did not know the right answer to the Rs 1 crore question and as he had no lifeline left, he decided not to take a risk with guess work.

Shivam Rajput is pleased that his knowledge earned him Rs 50 lakh by answering all 14 questions correctly. Have a look at the Rs 1 crore question that Shivam failed to answer.

Who is credited with coining the term ‘Meghalaya’?

Finally, Big B announced the correct answer to this question was B, Shiba Prasad Chaterjee and the name Meghalaya was approved by the Government of India in 1972. The host praised Shivam nonetheless.

Big B was fascinated by Shivam’s intelligence and was all praise for the way he played the game.

Meanwhile, DIG with CRPF, Preet Mohan Singh has also made his way to the hot seat by the end of the latest KBC 12 episode. He shares that he has been in the service for 26 years and motivates others to join the force as a career as well. Big B is impressed with Preet Mohan and praises his selfless attitude in serving the nation. He will play for Rs 25 lakh question as revealed in a promo.

KBC, based on British TV show titled ‘Who Wants to Be a Millionaire?’, clocked two decades this year. Big B has hosted the show for 11 years. 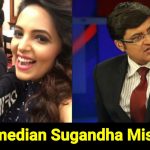 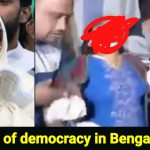