Amid debates about the existence of aliens, Israel’s former space security chief Haim Eshed made an unprecedented claim that aliens exist.

The 87-year-old Haim Eshed, who headed Israel’s space security programme for nearly 30 years added that the aliens are secretly in touch with America and Israel, however, they are keeping their existence quiet because “humanity isn’t ready”.

Haim Eshed also said that if he had come up with what he is saying now five years ago, he would have been hospitalised. This is not the first time when Haim has made such a claim. He had made similar claims in his book – The Universe Beyond the Horizon.

A Nasa scientist says Earth may have already been visited by extraterrestrials – but that humans may not have noticed.

In a research paper, Silvano P Colombano, a computer scientist at NASA Ames Research Centre and a professor, suggests that aliens may look vastly different than the expectations that humans have of them – such as being carbon-based organisms – which would allow them to remain undetected.

“I simply want to point out the fact that the intelligence we might find and that might choose to find us (if it hasn’t already) might not be at all produced by carbon-based organisms like us,” Colombano wrote in the paper.

“The size of the ‘explorer’ might be that of an extremely tiny super-intelligent entity,” he hypothesised. “If we adopt a new set of assumptions about what forms of higher intelligence and technology we might find, some of those phenomena might fit specific hypotheses, and we could start some serious enquiry.”

Colombano also suggests that technological development in our civilisation started only about 10,000 years ago and has seen the rise of scientific methodologies only in the past 500 years.

Additionally, Colombano suggests the reasons UFO phenomena may have gone unnoticed or overlooked in the search for extraterrestrial intelligence are because, in addition to assuming a low likelihood of extraterrestrial travel and a high likelihood of hoaxes, the subject is generally avoided by the scientific community. 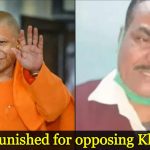 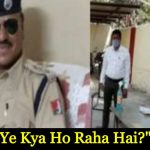