The whole world is in a state of shock after the novel coronavirus pandemic impacted millions of people’s lives. So far, over 1.47 million people across the world have passed away linked to coronavirus. As many as 63.3 million contracted the virus infection whereas 40.6 million people recovered from the deadly outbreak.

The coronavirus has affected everyone’s lives, no one has been spared by this deadly disease. With the stretch of unfortunate events kicking off in 2020, the year has been cruel to the entire world. Indian political areana is no exception.

The nation has lost some of its great leaders this year who made significant contributions to Indian politics. As this year is coming to end, here is a tribute to some of these Indian politicians who died of Covid-19.

Former Assam chief minister Tarun Gogoi, who was in ventilation since November 21 due to post-Covid-19 complications, drew his last breath on November 23.

Gogoi, a three-time chief minister of Assam, was undergoing medical treatment at the Gauhati Medical College and Hospital for post-Covid-19 complications where he succumbed to Covid-19.

Mr Gogoi, a Congress stalwart, had tested positive for the coronavirus on August 25 and was admitted to the Gauhati Medical College and Hospital the next day. He had recovered from COVID-19 and was discharged from the hospital after two months.

Senior Congress leader and party treasurer Ahmed Patel (71) passed away on November 25 at a Delhi hospital due to multiple organ failure more than a month after he was tested positive for COVID-19.

Former President Pranab Mukherjee, who was hospitalised after developing a clot in the brain for which he underwent a surgery on August 10, drew his last breath at the age of 84 on August 31.

Pranab Mukherjee, who had tested positive for coronavirus, was admitted to the hospital on August 10. Mukherjee, who served as India’s President from 2012 to 2017, clinched several awards and received many accolades and honours.

Union Minister of State for Railways Suresh Angadi died of Covid-19 at All India Medical Institute of India (AIIMS), Delhi, in September. The minister had tested positive for Covid-19 on September 11. He was later admitted to AIIMS trauma centre where he passed away.

TRS Senior leader Nayini Narsimha Reddy was the Home Minister of Telangana from 2014 to 2018. He also took charge of portfolios including Prisons, Fire Services, Sainik Welfare, Labour and Employment. He tested positive for Covid-19 on 28 September 2020. His condition continued to deteriorate owing to lung infection. He passed away from extensive lung damage on 22 October.

Veteran Indian politician Ram Vilas Paswan, a federal minister and an ally of Prime Minister Narendra Modi’s ruling coalition, drew his last breath on October 8. He was admitted to a hospital in New Delhi on September 11 after his health started deteriorating and underwent heart surgery on October 4.

Former Samajwadi Party leader and Rajya Sabha MP Amar Singh died in Singapore on Saturday (August 1, 2020). He was 64. Singh was admitted to a hospital in Singapore to undergo treatment for kidney-related ailments.

Madhya Pradesh Governor Lalji Tandon passed away on July 21 while undergoing treatment in a private hospital in Lucknow. He was 85.

Former Chief Minister of Chhattisgarh, Ajit Jogi passed away at the age of 74 on May 29. He was admitted to Narayana hospital after a heart attack where he was undergoing medical treatment. 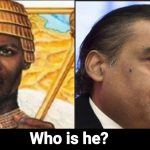 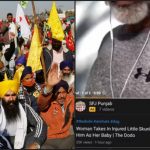