It is indeed true “Love is blind, Love not bound in age, love is beyond age’s. Love is beyond Society, Religion and culture. It is the purest and selfless form that connects two souls forever with each other.

Let us take a glimpse of those Indian politicians who married women of their daughters’ age:

Kumaraswamy couple became the talk of the town soon after their marriage as it got many attentions for various facts of their relations. Radhika is an Indian film actress and producer and has primarily featured in Kannada films and was regarded as lead actress in the Kannada film industry in the early 2000s.

Radhika reportedly tied the knot with Ratan Kumar at the Sri Durga Parameshwari Temple, Kateel on 26 November 2000. In April 2002, Ratan Kumar lodged a complaint, alleging that Radhika’s father Devraj had kidnapped her as he feared that news of her marriage may put an end to her career.

A few days later, Radhika’s mother wanted the marriage to be declared invalid as Radhika was just 14 years old and said that Ratan Kumar forcibly married her. Furthermore, Devraj claimed that Ratan tried to burn Radhika alive. Ratan Kumar passed away in August 2002 due to a heart attack.

In November 2010, Radhika disclosed that she was married to H. D. Kumaraswamy. According to her, they married in 2006 and have a daughter named Shamika.K Swamy.

Former MP Chief Minister Digvijaya Singh got married to TV anchor Amrita Rai after the death of his first wife Asha. Asha Devi Singh passed away in 2013 after suffering from long illness. Amrita Rai and Digvijaya Singh have an age difference of 24 years.

LJP chief Ram Vilas Paswan divorced his first wife in 1981. He remarried in 1983 with an air hostess Reena Sharma. His second wife Reena Paswan is 19 years younger than him.

Former Chief Minister of Maharashtra Devendra Fadnavis is married to Amruta Fadnavis. He is 9 years older than his wife. 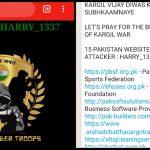 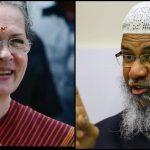