Things are not going well in Maharashtra now as the death toll due to flash floods and torrential downpour in Pune division has reached 40 while three people are missing, an official statement said on Sunday.

As per the statement from the Divisional Commissioner’s office, at least 4,41,835 people have been evacuated to safety. They are all in 524 temporary shelters in Pune, Sangli, Kolhapur, Satara and Solapur districts.

The statement went on to add saying that approximately 104 teams of different agencies along with 182 boats are now in operation in Sangli and Kolhapur districts.

In this crisis, Bollywood couple Riteish and Genelia Deshmukh came at the right time to donate Rs 25 lakh to the CM relief fund for Maharashtra floods. The state CM Devendra Fadnavis expressed gratitude to Bollywood couple for their valuable contribution.

“Thank you, Riteish and Genelia Deshmukh for the contribution of Rs 25,00,000/- (Rs25 lakh) towards the CM Relief Fund for Maharashtra Floods!”

In addition to the tweet, Fadnavis shared an image of Genelia-Riteish presenting the cheque to him.

Riteish, apart from being a recognised actor, is also the son of former Maharashtra CM and Congress stalwart late Vilasrao Deshmukh.

Fadnavis had held a detailed review meeting with the chief secretary, senior officials from resettlement and rehabilitation, disaster management department and other officials concerned in the aftermath of incessant rains and flood in the state. 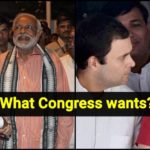 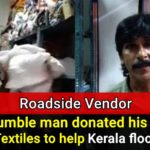