Meanwhile, an FIR has been registered at Navsari police station against the driver and seven passengers, on charges of kidnapping and endangering human life.

According to police, constables Ganesh Chaudhary and Kishan Govind were on duty at Navsari Railway Station area early on Saturday when they stopped a pickup van (registration number GJ-5YY-1480) near hotel Ashok in Navsari town and asked the driver to show the vehicle’s documents.

The driver tried to escape from the spot as he did not show the documents. Just then, the constable Ganesh Chaudhary held on to one of the passengers of the vehicle and climbed its bonnet.

According to police, the driver continued to drive the vehicle on the National Highway-48 even as the constable held on to the bonnet. The driver took the car to Baleshwar village in Palsana taluka where he suddenly applied the brakes causing the constable to fall on the ground. The policeman sustained severe injuries and was rushed to the hospital for treatment.

The constable later filed a complaint against the driver and seven passengers at Navsari police station. The accused were booked under Sections 365 (abduction), 332 (voluntarily causing hurt with intent to prevent or deter a person), 353 (criminal force to deter public servant from discharge of his duty), 337 (endangering human life), 114 (abetment to crime) of Indian Penal Code (IPC).

“The condition of the constable is stable and he has been discharged. On the basis of the vehicle’s registration, we are trying to identify the persons involved in the incident,” the report quoted Navsari Police sub-inspector, Tarunkumar Patel, as saying. 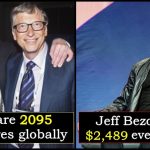 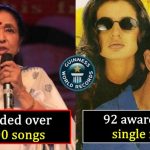