A few months ago, Mukesh Ambani took the world by surprise after surpassing the richest man in Europe, Bernard Arnault to become the fourth wealthiest person in the world.

Despite being the fourth-richest man in the world, Mukesh Ambani is also one of the most humble and simplest persons one would come across. Mukesh Ambani also donated 458 crores during the Covid-19 pandemic. You will be perplexed to know that students used to call Mukesh and Nita Ambani’s sons beggars in school.

Nita Ambani herself in an interview told that her younger son Anant Ambani’s friends used to tease him in school saying, “Are you Ambani or beggar?”. In an interview given to the magazine, Nita Ambani said in detail, “When my children were young, I used to give them Rs 5 every Friday to spend in the school canteen.” Not only this, Nita Ambani further said, “One day her younger son Anant came running to her bedroom and started saying that he needs 10 rupees instead of 5”.

When asked why he needed 10 rupees, Anant said, “My friends laugh at me at school and ask me whether I am Ambani or a beggar.” On hearing this, Nita and Mukesh Ambani bursted out laughing.

Nita Ambani had also said that when her daughter Isha went to the USA to pursue higher education, she used to live in the dormitory there. Many girls lived with her in the dormitory.

She said that Isha not only shared the room but also shared the washroom with 18-20 girls. Nita Ambani further said that she never sent a private jet to bring her children back from America during the holidays. They used to come by Air India flights. 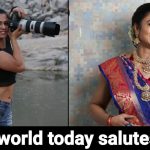 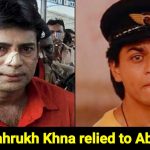