There is no doubt that the Bollywood and underworld connection is long and strong. We have read many times about actors and actresses being involved with the mafia. There has always been pressure from the underworld on Bollywood.

Shah Rukh Khan, famously known as SRK, has also experienced this early in his career. He is said to have received threatening calls from underworld gangsters Abu Salem and Chhota Shakeel. According to film critic Anupama Chopra’s book, ‘The King of Bollywood’ Shahrukh was once forced by Abu Salem to do a film with one of his favorite producers. Abu Salem asked him why he doesn’t help the Muslim brothers.

On this, Shah Rukh gave a mouth shutting reply saying that what is your problem sir? Abu Salem said that he was angry with Shahrukh because he refused to do a film with a Muslim director.

Shahrukh Khan got a call from Abu Salem on the set of Yash Chopra’s film ‘Dil To Pagal Hai’ (1997). According to SRK, the experience was intimidating and stressful for him. However, he managed it with great courage. Chhota Shakeel also threatened him over the phone. However, Shah Rukh handled these calls in an easy manner and spoke to these gangsters very politely and gave full information to Rakesh Maria. After struggling for a few years, Shah Rukh stopped receiving phone calls from the underworld.

Shah Rukh informed the then Deputy Police Commissioner (Traffic) Rakesh Maria (who became Mumbai Police Commissioner in 2014 and retired in 2017) about his conversation with Abu Salem. Maria told Shahrukh how to deal with Salem over the phone. In addition, he was also provided police protection.

Maria advised Shahrukh not to share more information with them and not to talk openly about the mafia. Salem never asked for money from Shahrukh. But he always forced him to work in the films he wanted. 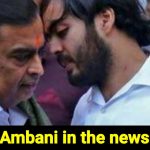 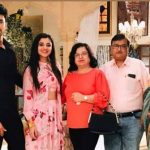