Anushka Sharma is currently one of the highest-paid actresses in the industry. She has not only proven her worthiness as an actress, but she has also founded her own production and clothing business. In 2015, she declared that she would never promote a fairness product.

In 2013, Bollywood actress was offered around INR 2 crores to promote a fairness creme but Kangana Ranaut turned down the deal. Even during an interview, the actress expressed her views about such products openly by saying: ”Ever since I was a kid, I have never understood the concept of fairness.

Especially, in such a case, as a celebrity, what kind of an example would I be setting for younger people? I have no regrets about turning this offer down. As a public figure, I have responsibilities.” The actress has always been known for her bold statements and fearless stand in the industry.

The actress turned filmmaker is the main face behind the campaign called ‘Dark Is Beautiful’. It is to be noted that the campaign was initiated by Women of Worth (WOW) in 2009. The bold and beautiful actress joined it in 2013. The 32-year-old had always been vocal about the fairness products.

Kalki was sexually assaulted as a child, but she used her platform to advocate for today’s victims and encourage them to step up and fight back. Kalki Koechlin was one of the Bollywood celebrities who turned down lucrative fairness deals.

She once said in an interview that she would never endorse fairness brand. “I don’t think there is anything wrong with being fair, but it has become such an obsession in our country that it is all we look for in beauty.

There are so many stunning people who are dark-skinned and it should be celebrated. I would love to have a product that makes me darker,” she added.

Bengali beauty Bipasha was always beautiful, but we think the fresh, more glamorous look she’s aiming for now suits her even better. Bipasha has maintained her figure like a pro and we are awed by her stunning legs and radiant smile.

She appears to be a real Hollywood celebrity, glamorous and beautiful, capable of a red carpet debut. For the wondering, Bipasha Basu changed people’s mindsets by explaining that ‘Dark is Beautiful’ in the true sense. The actress has always stood against all fairness products. 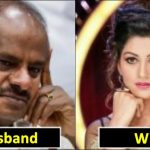 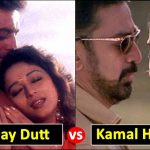