Jyotiraditya Madhavrao Scindia is a former member of Parliament for Guna constituency in Madhya Pradesh. He belongs to the Scindia family that ruled Gwalior and is currently the member of Indian National Congress Party. Priyadarshini Raje Scindia and Jyotiraditya Scindia got married in 1994. They have a son and a daughter. Priyadarshini Scindia was featured in the list of ‘India’s 50 most beautiful women’ of Femina.

Raj Laxmi Yadav is the daughter of Lalu Prasad Yadav, the most famous politician from Bihar. The ever-so beautiful Raj Laxmi Yadav got hitched to Tej Pratap Singh, an Indian politician and a former member of Parliament in the Indian Lok Sabha.

The Indian politician had represented the Mainpuri constituency of UP as a member of Samajwadi Party since 2014. For the unversed, Tej Pratap Singh is the great-nephew of Mulayam Singh Yadav who is one of the powerful politicians from Uttar Pradesh.

Anurag Singh Thakur who is the member of Lower House of Parliament in India from Hamirpur in Himachal Pradesh also serves as the Minister of Finance and Corporate affairs.

For the uninitiated, Jayant Chaudhary is an Indian Politician and also a member of Indian Parliament who extended his contribution from 2009-2014 for Mathura. He is also the Vice President of Rashtriya Lok Dal (RDL). Jayant Chaudhary and Charu Singh got hitched in the year 2003.

The couple has two children. In case you didn’t know, Charu Singh Chaudhary is the granddaughter-in-law of former Prime Minister Chaudhary Charan Singh for the same connection. In fact, she is also an entrepreneur and pursued her dream of fashion for this by setting up multi-brand store identified as ‘Zooki’.

Kumaraswamy couple became the talk of the town soon after their marriage as it got many attentions for various facts of their relations. Radhika is an Indian film actress and producer and has primarily featured in Kannada films and was regarded as lead actress in the Kannada film industry in the early 2000s.

Radhika reportedly tied the knot with Ratan Kumar at the Sri Durga Parameshwari Temple, Kateel on 26 November 2000. In April 2002, Ratan Kumar lodged a complaint, alleging that Radhika’s father Devraj had kidnapped her as he feared that news of her marriage may put an end to her career.

A few days later, Radhika’s mother wanted the marriage to be declared invalid as Radhika was just 14 years old and said that Ratan Kumar forcibly married her. Furthermore, Devraj claimed that Ratan tried to burn Radhika alive. Ratan Kumar passed away in August 2002 due to a heart attack.

In November 2010, Radhika disclosed that she was married to H. D. Kumaraswamy. According to her, they married in 2006 and have a daughter named Shamika.K Swamy. 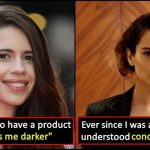