The death toll in the Air India Express flight crash at the Karipur Airport in Kozhikode rose to 18 including both the pilots. After 10 years, India has faced a plane crash in Kozhikode, Kerala today. It was an Air India plane and there were 191 passengers on it.

After a rainy weather, the plane landed successfully on the runway but got overskid at the runway and broke the barriers to fall down 30 feet into the valley. It was almost a nosedive. The Kozikhode (old name Calicut) airport has only one runway.

Meanwhile, the pilot-in-command Captain Deepak Sathe also lost his life in the accident. Captain Deepak Vasant Sathe was not a common Pilot with experience, he was an ex-Indian Air Force Pilot and had flown Mig 21s and other Boeing crafts in the Air Force.

Sathe joined Air India after leaving the Air Force in 2003. He then shifted to Air India Express where he became a captain. Reportedly, he flew Airbus 310s for Air India. Air Marshal Bhushan Gokhale (Retd) told PTI that Sathe was from the 58th course of the NDA and from the Juliet Squadron. “He passed out from Air Force Academy in Hyderabad with a Sword of Honour in June 1981,” he added. He was also an excellent squash player, said Gokhale.

“He was very professional and had been awarded the 58 NDA President Gold Medal. He had been a test pilot for the Air Force,” said another officer.

He and his co-pilot Akhilesh both lost their lives in the tragic incident that took place on 7th of August at 7:30 pm in Kozikhode. Deepak Sathe was regarded as one of the best Pilots in India and he proved it by saving many lives in the toughest situation. It was very unfortunate that he could not save his life in the accident. He was awarded Sword of Honor and President Gold Medal for his flying skills and consistency. His brother was a martyr in Kargil war 1999 and father was a Brigadier in the Indian Army who fought in Bangladesh war 1971.

Captain Deepak Sathe is survived by his wife, two sons and parents. The family resides in Mumbai’s Powai.

Speaking to ANI, his mother Neela Sathe said, “He was a great son & always first one to help others in need. His teachers still appreciate him.” 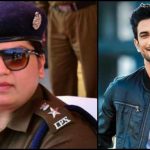 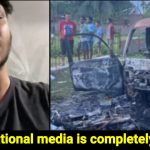