For the 13th straight year, Reliance Industries’ chairman Mukesh Ambani is the richest Indian billionaire. No one in this country has come close to his net worth. It’s because of an epic success of his telecom company Reliance Jio, he is enjoying a staggering wealth.

The beautiful couple Nita Ambani and Mukesh Ambani are one of the most talked couples in the country. The two attended Simi Grewal’s show Rendezvous, and they shared a lot about their life before getting married, how things happened and they eventually got married.

The effect of coronavirus on multinational companies has been unprecedented with many of them have suffered a huge loss. However, the Covid-19 crisis has helped Reliance Jio attracting investors.

All businesses got affected during the coronavirus lockdown, but Jio has earned a whopping Rs 78,562 Crore from five investors in just one month. Global tech giants like Facebook, Silver Lake, Vista EP and General Atlantic have made a huge investment to buy a minority stake in Mukesh Ambani’s Reliance Jio. 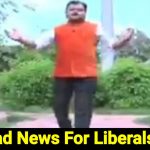 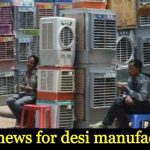