On the other hand, Sidharth Malhotra started his career as a model when he was 18 years old. After not being satisfied with the profession, he went on to ply his trade as a trainee assistant director to Karan Johar for the 2010 film My Name Is Khan.

Meanwhile, both Siddharth and Kiara Advani have been making the headlines quite a lot these days.

As of now, the duo is quite busy promoting their upcoming movie Shershaah. Apart from that, the duo has been been making a lot of news for their rumoured relationship of late.

“As a co-star, Sidharth is extremely driven and focused. He loves to prep a lot and does a lot of readings. That’s very similar to the way I like to work on a film. So, in that sense, we got along very well,” she said.

The actress was also asked about Sidharth’s qualities. Replying to this, she said: “As a friend, I’d say he is one of my closest friends in the industry. I think, even as a friend, he’s full of life and always fun to be around.”

Earlier, during one of the episodes of Koffee With Karan in 2019, Sidharth Malhotra dismissed speculations that he and Kiara Advani were dating. He ignored all the rumours by saying: “I don’t know, dude.

The amount of rumours and hook-ups that I have had in the tabloids, I’m having lesser fun in real life, I think. I wish they were true. My life is not as colourful as what people read.” 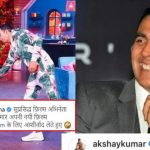