Social media platforms have helped celebrities gain massive popularity that too in a short span of time. Nonetheless, apart from her unique and brilliant acting skills, she hits headlines for her trademark befitting replies to trolls and to her fans too. In 2018, a Twitter user crossed his limits and then gave a compliment to Taapsee Pannu which was disrespectful in nature.

Here is what he had tweeted:

This particular tweet caught Taapsee Pannu’s eyes and she didn’t shy away from giving a fitting reply to a user ‘Aku Pandey’. Taapsee wrote, ‘Wow! I like them too. BTW which is your favourite? Mine is the cerebrum.’

Taapsee Pannu, who made her Bollywood debut with ‘Chasme Badoor’ before receiving critical acclaim with Pink in the year 2016 was immensely trolled online by a user who wrote that Taapsee is the worst looking actress in Bollywood. The user also said that he doesn’t have to see the actress again.

“@taapsee worst looking actress in Bollywood. Hope I don’t have to see her again. 2..3 movies more n she will be out of Bollywood,” the user wrote.

Taapsee Pannu has given us some terrific performances in movies like Pink, Naam Shabana, and Soorma. But even she was trolled as people called her ‘bad actress’ and that she is not a deserving one to act in Bollywood.

However, it didn’t take much time for Taapsee to shut the troller once and for all. 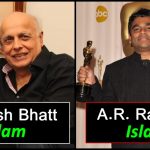 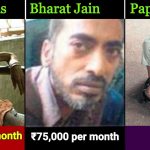