India being the second-largest country in terms of population, in what appears to be prosperous and blooming, reportedly has the highest numbers of beggars across the continent.

Begging in India has become a systematic and easy profession and some of them are even richer than a middle-class man.

In this article, we will look at the seven richest beggars in India.

The richest beggar in India, Bharat Jain owns two 1BHK flat worth 70 lakhs each and earns 75 thousand rupees per month! He is often seen begging at Chhatrapati Shivaji Terminus or Azad Maidan and does not intend to stop even after dealing in a family business of school notebooks and materials.

He also earns ten thousand rupees per month by renting out a place for juice shop. He dwells with his wife, two children, his father, and a brother.

Krishna Kumar Gite is often viewed loitering around Mumbai’s Charni road and receives Rs.1500 a day by begging. He too owns a flat worth Rs. 5 lakhs and lives with his brother in Nala Sopara, Mumbai’s one of the poshest places. His brother manages his finances!

Pappu Kumar possesses a net amount of Rs. 1.25 crores and he too makes one of the top richest beggars in India. Pappu had fractured his leg in an accident and has since then, soliciting money by begging on Patna’s railway stations. Pappu handles four bank accounts and also lends money to small-time traders.

With an average monthly income of Rs.50000, Devi is also enlisted as the richest female beggar. She is often seen begging in trains and platforms in Patna. She has a married daughter and well off. She also owns a house behind Patna Ashok’s cinemas and has a net worth of ten lakh rupees. She also pays Rs.36000 as yearly insurance.

Massu reportedly drives to his begging destinations on auto and has made famous restaurants in Mumbai as his hotspot. Every day he changes into his begging clothes and begs for eight to ten hours. He has a monthly income ranging from Rs. 40000 to rs50000 and has amassed several properties worth thirty lakhs in Mumbai.

Profoundly seen begging in the Khar region in Mumbai, Sambhaji receives one thousand rupees approx. per day. He is also the owner of two houses, bought a piece of land in Solapur, and invests in different businesses.

Laxmi has been begging in the streets of Kolkata for more than five decades now since she was only sixteen. She has been afflicted with polio and somehow manages to procurers Rs. 30000 a month. She is also believed to have a bank account with a sufficient balance.

DISCLAIMER: The above information is sourced from different websites and media reports. The Youth does not guarantee a 100% accuracy of the given data. 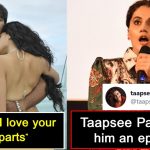 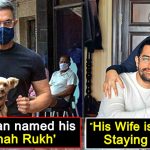