It is cognisance of the fact that Sonam Kapoor is a star kid and is a nepotism material in the Bollywood industry. It was too easy for her to get good opportunities in movies without any difficulties considering the fact that she has close connections in Bollywood. However, she never accepted that she got chance so easily in Bollywood for being a star kid. She was on the receiving end of trolls and abuses on social media.

During an interview with a Fashion magazine, Bollywood actress Sonam Kapoor made shocking comments on Indian men. “Indian men don’t understand fashion unless they are gay.”

Sonam Kapoor switched off the comments section on social media to stay away from all the negativity. Talking about the same, Sonam said: “Yes I’ve switched off my comment section and my parents’ comment section because I don’t want my 64-year-old parents to go through this. They did nothing to deserve this. And I’m not doing it out of fear you morons I’m doing it out of common sense to preserve my mental health and my parents.” 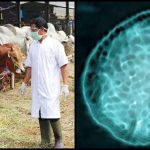 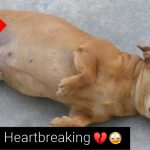