There is nothing that can stop a woman from touching the pinnacle of success. Pooja Elangbam proved that a girl can do anything to fulfill her dreams. The 27-year-old pulled off a spectacular 81 rank in the Union Public Services Commission (UPSC) Civil Services exam 2018. What really makes the story interesting is that she aced the exam with relative ease even without coaching.

Having cleared the examination without any external help or coaching classes, Pooja shares with us tips and strategies that worked for her.

Currently posted as the Sub-Divisional Magistrate at Imphal, Manipur, Pooja brought up in the North East of India, where a lot of unrest and issues of insurgency were always present. Joining the civil services, according to Pooja, was one way to make a direct impact. “I grew up watching my father, an IPS officer, work very hard, and that for me was motivation enough,” she says.

Will you need coaching classes?

Pooja never resorted to coaching classes. She said that she was to join a coaching centre in Delhi, but she was infected with dengue due to which she decided to study at home. Pooja says, “Given that almost all the content that one uses in the coaching centres is available on the internet, one can decide to use that and chart out a study pattern for themselves”.

She continues, “Aspirants would need to find the reason why they wish to appear for the exam and every time they find themselves wavering, it would be a good idea to revisit that.” Writing the exam because of family and peer pressure will not be beneficial to the aspirant. “Also, look out for coaching videos put out by toppers of the previous year, which gives you a good idea of how to prepare,” says Pooja.

Don’t be hesitant in seeking help

“When I started preparing I was clueless as to where I should begin,” says Pooja. Having decided not to enroll in a coaching class, Pooja needed to figure out how to study all on her own. She says, “I was never afraid of seeking help. I knew a few others who were preparing for the UPSC examination and I would constantly get my doubts cleared by talking to them.”

According to Pooja, Reading newspaper is an integral part of the preparation. She also developed a habit of reading blogs put out by toppers understand what strategies worked for them.

If UPSC is the goal, start preparation early

After completing her Master of Arts degree, she began ideal preparations for UPSC civil services exam. “I do think that aspirants could begin earlier. I started preparations a tad bit late,” she says. Also, going through the syllabus with a fine-toothed comb is very important. Aspirants need to understand what their strengths and weaknesses are to be able to prepare well.

Pooja says that aspirants should start preparing using the NCERT (National Council of Educational Research and Training) textbooks as they provide one with a much-needed foundation on the subject. “My strong points were international relations and history, whereas I needed to work on science and technology and economics. So, I spent a longer time getting my concepts cleared in those subjects.”

How many hours should I dedicate to studying each day?

While the answer to this may vary from person-to-person, Pooja says that one must devote 6-7 hours a day to studies. “More than how much time you spend studying one should keep an eye on how much of the syllabus is being covered,” says Pooja.

Aspirants believe that shutting themselves up and preparing will help, however, for Pooja, that did not work. “I found that I had to engage with my surroundings to be able to stay positive. I would also exercise everyday and that helped me stay focused. Long study periods did not work for me, and I would sit for two hours at a stretch and then take a break,” she says.

Make a timetable that works for you

Pooja made a timetable to study effectively. “I would dedicate one half of the day to take up international relations and the second half to studying environment and policies. I found it interesting to mix up subjects. UPSC is also an interdisciplinary study, and therefore studying different subjects together helped me,” she says.

What should I read for current affairs?

In terms of making notes, Pooja says, “My notes were never exhaustive, but it would give me a good overview of the topic, which I could recall later when needed.”

Find your own support system

Pooja’s mother helped her to fulfil her dream. “My mother studied alongside me, just so that she could keep me motivated. In fact, if she were to appear for the UPSC examination, she would have passed with flying colours,” says Pooja, adding that her mother studied everything that she did and often quizzed Pooja to ensure that she kept the momentum of preparation going.

“My mom would also check the answers I would write, and give me constructive feedback on it,” says Pooja.

You don’t need a magic wand to become successful in life. All that you require is the willingness to succeed, the will to do things, the ability to move on and the perseverance to try even when there are failures. If you have all these abilities, you can succeed in life and Pooja Elangbam is now an inspiration to the UPSC aspirants. 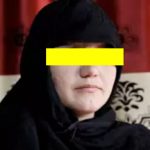