In breaking news, Sudarshan News has finally aired the much-awaited show ‘UPSC Jihad’ after the government’s approval. The Ministry of Information and Broadcasting allowed Sudarshan News to broadcast a controversial show on the “infiltration of Muslims” in the civil services on September 10. During the show, Suresh Chavhanke, head of Sudarshan News, asked important questions.

Let’s take a look at these questions:

Earlier, Suresh Chavhanke shared a promo video in which he said that the number of Muslims appearing and passing the UPSC exams is “suddenly” increasing, a trend that he went on to term “naukarshahi jihad”

Later, the video attracted a lot of criticism from police officers, journalists and activists. Several others expressed their outrage over his video and called for his account to be suspended. The hashtag #SuspendSureshChavhanke began to trend on Twitter.

Some former and present students of Jamia Millia Islamia approached the high court stating that the show aims to incite hatred against the Muslim community at large.

However, the apex court had refused to impose pre-broadcast ban on Sudarshan TV from airing ‘Bindas Bol’ programme, the HC, in an interim order, stayed the telecast of the episode — ‘UPSC Jihad’ — which was scheduled to be telecast at 8 pm on Friday, 28 August.

Later, Editor-in-Chief of Sudarshan News aired a ‘Silent Show’, in which he kept himself mute to display his protest against his constitutional rights being hammered by the liberal lobby. He tied his mouth with a black strip after not being allowed to air the show by the gang which is known for crying freedom of speech every now and then. Talking to The Youth, Suresh Chavhanke made it clear that he is not against any community, he is against wrong doers. He reportedly wanted to expose those who are allotting marks on religious lines to candidates writing answers in “Urdu”. 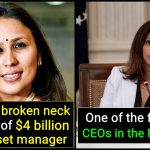 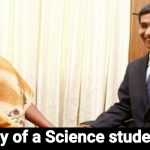