There is nothing under the sun that one cannot touch the pinnacle of success with individual talent. At any time, life can change and all one can do is to set goals high and to march towards it each day of life. Ramesh Gholap faced a lot of ups and downs in life. But that’s didn’t stop him from becoming an IAS. The story of Ramesh Gholap will surely inspire you in many ways and let’s go through his journey.

Ramesh Gholap’s father is an alcohol addict. He runs a bicycle repair shop to feed the family. Being the sole breadwinner, his alcohol problem afflicted the family’s financial condition as much as it did his health. It was when Ramesh’s mother Vimal started selling bangles to support the family.

Ramesh’s left leg was affected by polio but he along with his brother, helped his mother sell bangles to support the family. Polio didn’t stop him from becoming IAS. Ramesh is from a remote village named Mahagaon in Barshi Taluka, Solapur district of Maharashtra. There was only one primary school and Ramesh went to stay with his uncle in Barshi for education.

When he was in Class 12, he received shocking news of his father’s demise. At the time, he was not able to afford even the Rs 2 a disabled-quota ticket cost, and thanks to his neighbours who provided timely assistance to Mahesh as he managed to reach home to perform father’s last rites.

Despite thriving in academics in school days, Ramesh did a Diploma in Education as it was the only course he could afford. He didn’t stop there as he also pursued a graduate degree in arts from an open university and in 2009, he became a teacher.

Seeking inspiration from a tehsildar he had visited during his college times, Ramesh wanted to be one too. After his mother borrowed some money from a self-help group, Ramesh quit his job and went to Pune for six months to prepare for UPSC.

He told The Better India, “The first teacher who met me was Mr Atul Lande. I requested him to write down the answers to a few of my questions, like what is UPSC, can it be taken in Marathi, am I eligible for it, etc. And he told me there was nothing to stop me from taking the UPSC. It is only because of that one statement that I finally did it.” 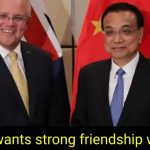 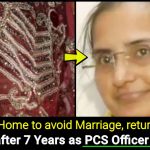