Five UPSC centers that were set up by the government under Dr.Manmohan Singh, aims to provide free civil service coaching for UPSC aspirants who belong to deprived and needy families of India. However giving aid on religious line is against the basic structure of Indian constitution- as its preamble itself assertively claims it shall not look at its people through religious prism. Moreover effort to benefit an entire religious group is more or less a political move- as the entire religious community is very unlikely to be collectively poor. A small sect or two of the community may be economically deprived.

Recently, Sudarshan news has come up with several allegations on the mode of selection of candidates based on religion in UPSC exams. The “UPSC jihad episode” questions why there is a sudden upswing in the number of candidates of one particular religion in the civil services. Many ex-civil servants approached the Supreme court and the high court for ‘derogatory and hate speech’ towards a particular community by Sudarshan News. The SC and HC stated that the constitution guarantees free press and the motion against UPSC jihad impede freedom of speech, enabling the show to air on national television.

The zakat foundation of India is believed to run a conspiracy to engage more Muslim jihadis in civil services, to establish control over government machinery. Zakat wants to change the geographical map of India by using UPSC as a device. The ex secretary of Dr Manmohan Singh and head of the foundation accused of discouraging Muslim students from enrolling themselves in medical, engineering, and chartered accountant fields. Encouraged them to get into civil services only. They even encircled an officer (most probably Hindu) and told them you (Muslim youth) can sit in “his” place. They apparently appealed them to replace a Hindu officer. Highlighting the slide, Sudarshan News claimed even if the official website of Zakat foundation removes it, the channel has procured the entire PPT presentation. Watch the video below:

@SudarshanNewsTV accuses Zakat foundation of dividing bureaucrats on religious line. Encircled an officer (most probably Hindu) and said you (muslim students) can sit in “his” place. This is Shame!@IASassociation @IPS_Association
Your reaction! pic.twitter.com/jon7Lrwn1p

Zakat has screened several presentations in Kashmir universities and coaching centers that have incited hatred for non Muslim civil servants in India and lust for power, and the feeling of separatism among students. Dr Vashi Sharma, an IIT professional and scientist, who was part of debate argued- had there been a separate university that preached Hindutva ideology in a Secular India, it would have caused massive discomforts to the leftists and liberals, hounded by thousands of Islamic supporters.

Kashmir Renaissance, a movement that acknowledged the ‘rebirth’ of Kashmiri art, literature, and revolution, has molded into a ‘scheme’ for terrorists. A slide from the Kashmiri renaissance presentation has been procured which demonstrates the geographical premise of India during various regimes. Suresh Chavhanke accused The PPT belonged to Zakat foundation and it summarizes entire India to be an Islamic country, to begin with. The non-Muslim empires such as the Gupta empire and the Mauryan empire has subsided into smaller plots, while the slide highlights an entire region where India suffered its first Islamic invasion.

Sudarshan news states that a former bureaucrat or a civil servant who also exercises his power over other civil servants takes an oath of territorial integrity before he executes his service, cannot put out such statements as it intents to disintegrate our country and disrespect the constitution of India.

2017 presentation from 2008, that depicts a picture of Arun Jaitley and urges aspirants to sit on either side has failed to be reckoned by Cybersecurity officers. The slide although does not promote terrorism but the intention behind the document says otherwise. Watch the video again.

@SudarshanNewsTV accuses Zakat foundation of dividing bureaucrats on religious line. Encircled an officer (most probably Hindu) and said you (muslim students) can sit in “his” place. This is Shame!@IASassociation @IPS_Association
Your reaction! pic.twitter.com/jon7Lrwn1p

As per Sudarshan news, to divert students of one religious class from the medical or engineering profession and persuade them to join civil services, have been communalized not by news reporters but by the extremists. The slide reports that one can become the superintendent of police and stop all undeserving arrests.The statement itself undermines the credibility of all police officers to take criminals in their custody, irrespective of their religion, caste, region, or linguistics.

A narrative has been executed from the beginning, ‘Humare Bacche. Aapke Bacche’ (Our Children, Your Children) which indicates the arrest of terrorists like Yakub Menon unlawful in their eyes. Pelting stones, hurling bombs, organizing terror, and violence in the streets have corrupted their righteousness, compelling them to play the ultimate victim card, ‘humare bacche’.

Sudarshan news also alleges that the funds from the zakat foundation have been unlawfully used for the forceful conversion of non-Islamic individuals, especially minor girls in the name of jihad and Allah. 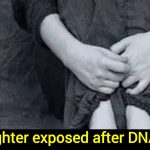 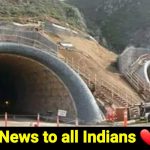